I proudly out myself as the person who tried to help Rob by objecting to his sudden and embarrassing adoption of “jab” in the last couple of months. Rob became a kind of Coronavirus himself with little “jabs” sticking out everywhere, attaching themselves to our ears! He’s actually contagious: just look at these well-meaning friends of his, all going “jab”, “jab”, “jab”, “jab” ….

While I can accept a defense of childhood trauma, I have to question whether he’s traumatized by all the words in his list. Rob, were you traumatized by “injection”, “vaccination” as well as by “shot”?

“Jab” has begun to traumatize me! Have pity!

As far as I recall, Rob never used the word until the Pandemic. Surely he must have used another word before being brainwashed by the Guardian and people with haughty accents.

Marian Sue Kirkman correctly notes that “The line between jaunty and precious is sometimes blurry…” but she’s too polite to point out that Rob has crossed it. As the poets wrote, “Ich habe genug!”

Perhaps the worst aspect of “jab” is that it’s outdated “vulgar” slang beloved by British politicians, their medical system and stuffy British media. In fact, some British think that the word is American (!), no doubt due to Anglophilies like Rob who think they are being trendy. (See accompanying poem and especially the comments.)

In spite of his pig-headed linguistic stubbornness (“your input won’t affect my verbal behavior…”) Rob remains my M9. 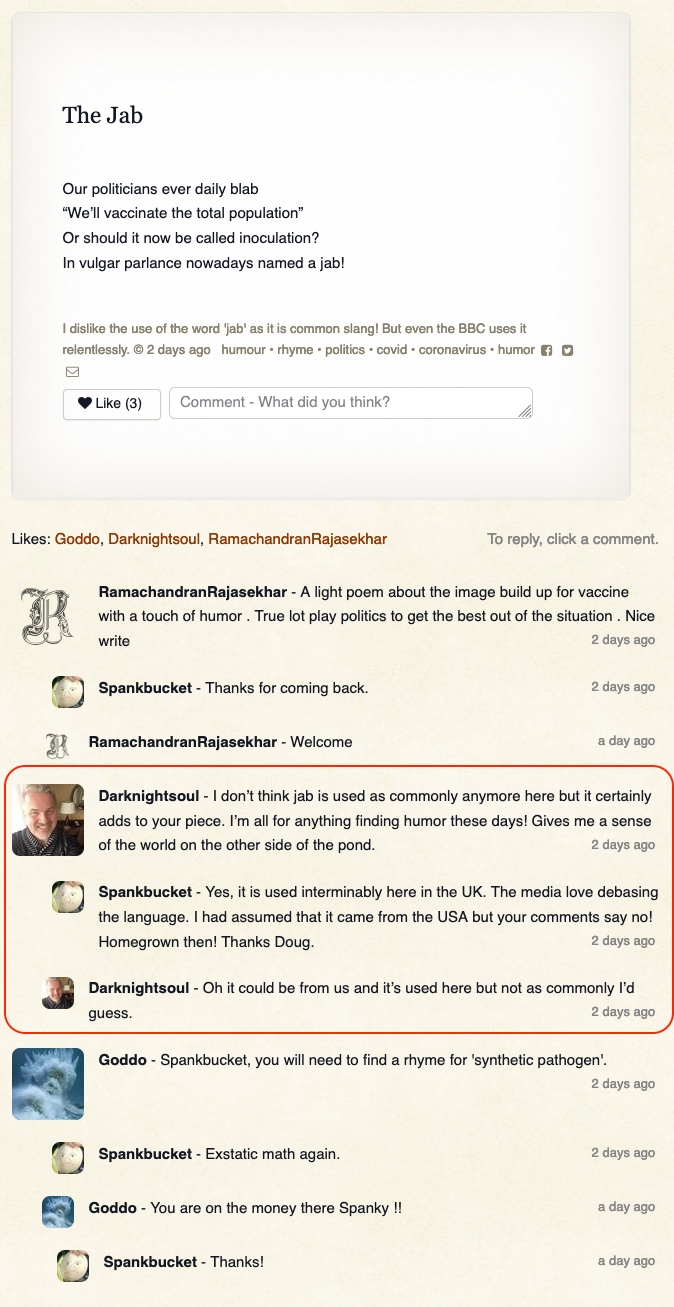 Urban Tunisian Children I wrote the following comment to Michael Kaplan’s FB photos of Gafsa children. These children are beautiful and often very sweet to deal with. On