Alfred Stieglitz and the Making of Modern Photography by Rick Halpern |

Most readers have at least a passing familiarity with Alfred Stieglitz (1864-1946), the early twentieth-century photographer and impresario, but it is likely that few realize the extraordinary impact he had on the acceptance of photography as an art form. The child of German immigrants to the United States, Stieglitz first picked up a camera while studying engineering in Europe. Intrigued by the new medium, he soon began writing critical essays on photography as an art form for various journals and successfully entered the contests and competitions that defined the burgeoning creative field. It was only after his return to the US that Stieglitz began to have real influence on photographic practice and on the rapidly expanding community of American photographers.  Through his own creative work, his leadership in leading photography clubs, his organization of key exhibitions and, crucially, the publication of the pioneering journal Camera Work, Stieglitz re-shaped the way we think about the photographic image.

At the turn of the last century, when Stieglitz began experimenting with the camera, photography in both Europe and the United States was dominated by an ethos known as pictorialism. This was a style that sought to emulate late Victorian oil and watercolor painting, romantic in choice of landscape subject, utilizing a soft focus and subdued middle gray tones. When humans appeared in the frame, they often posed nude or in neo-classical dress (see figures 1 and 2 below).  The debates that swirled around photography as a medium asked whether it could be considered an art in its own right, or simply a technical derivative of painting.  Not all photographers adhered to pictorialism and, in Germany and Austria, in particular, “secessionists” sought to break with both this pictorial aesthetic and the idea that photography needed to be considered as an adjunct to established fine art media.  It is not clear whether Stieglitz had much contact with these rebels during his European sojourn, but on his return to the US he rapidly emerged as a pioneer seeking to take photography in a radical new artistic direction. 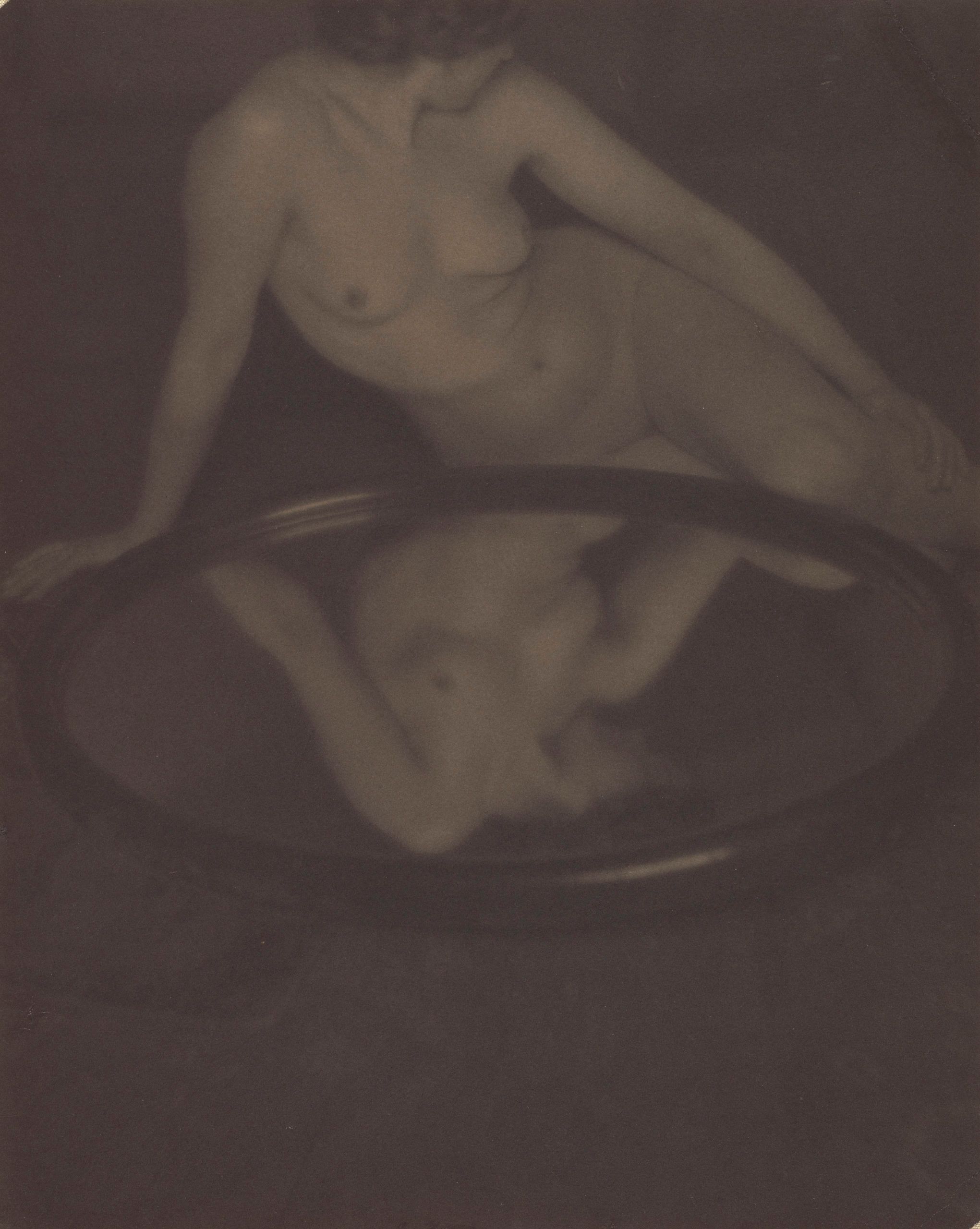 Figure 2. Clarence White, “Nude with Mirror,” 1907 (with permission of the Getty Museum).

Stieglitz talked about photography as art

Assuming leadership of the New York Camera Club, Stieglitz transformed its newsletter into a proper journal, using it as a platform to promote different forms of photography and, crucially, to make the case for photography as integral art form.  He also continued to refine his own photographic practice, wandering New York City with an 8 x 10 plate camera and making several images such as “Winter, Fifth Avenue” and “The Terminal” (see Figure 3) that now are considered early masterpieces of realism that stand in stark contrast to the ethereal aesthetic of pictorialism.  Stieglitz gathered around him a group of like-minded photographers, intent on turning their cameras on the gritty urban energetic spaces of Manhattan and, in 1902, organized and displayed their work in an exhibition at the National Arts Club on Gramercy Park — one of the first times that photographs were displayed on their own in North America.  Equally as important, Stieglitz used the opening of the exhibition to announce a new movement, the “Photo Secession,” which aimed to break from the artistic restrictions of not just pictorialism but the refined world of high art generally.

(I don’t recall reading that Stieglitz wanted to break free of high art, but, if so, why call it “art” in the first place?) 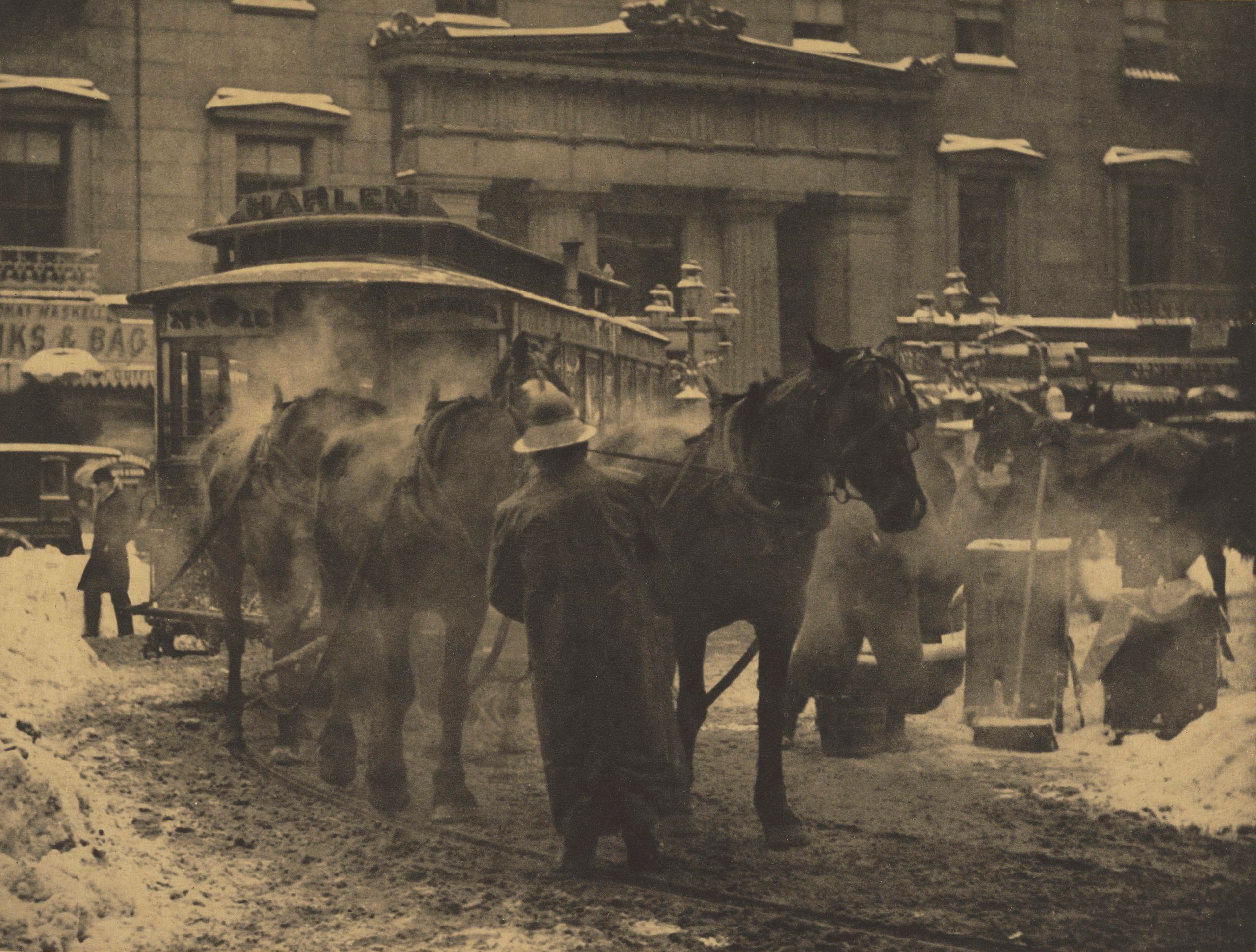 Figure 3. Alfred Stieglitz, “The Terminal,” 1893 (permission of the Getty Museum).

The radicalism of this move became clear a few months later when Stieglitz, having resigned from the New York Club,  began publishing Camera Work, a remarkable journal each issue of which contained large hand-developed photogravure prints, reviews of exhibitions, and critical articles on a range of art topics.  Much of the writing in Camera Work had a programmatic ring to it, with Stieglitz’s opening editorial in the inaugural number reading like a manifesto that both championed careful technical reproduction and argued for photography as a stand-alone art form:

Published till 1917, the journal stands as a landmark in fine art photography.  It not only commented critically on the major trends of the day and advocated for the ideas of the secession, it introduced the work of such luminaries as Edward Steichen, Gertrude Käsebeir, Eva Watson, and Paul Strand to a hungry international audience.

During the period he was involved with the production of Camera Work, Stieglitz was busy with related projects aimed at advancing the acceptance of photography and widen the boundaries of established art.  He opened a small gallery on New York’s Fifth Avenue to display the sort of work he deemed at the forefront of the secessionist movement and, perhaps more importantly, collaborated with curators at leading museums to mount large exhibits.  Major shows in Pittsburgh in 1903 and Buffalo in 1910 exhibited fine art photographs on their own and helped gained widespread acceptance of the medium.  It is well worth noting that Stieglitz also used Camera Work, his Fifth Avenue gallery, and his connections with museums to promote sculpture and Avant-garde painting, particularly the work of August Rodin, Pablo Picasso, Paul Cézanne, Mary Cassatt, and his lover Georgia O’Keefe.

The importance of his work as an impresario and publisher notwithstanding, Stieglitz’s own practice as a photographer is his greatest legacy.  Arguably his most enduring work was created in this same period of artistic ferment.  His 1907 photograph, “The Steerage,” endures as a masterpiece (see Figure 4) of content, form, and perspective.  Not only did it number among his favorite images, Stieglitz published and republished it over the course if his long career, and consciously cultivated its status as an icon of early twentieth century photography, but with good reason. It is powerful in so many ways: the geometric lines that frame its subject, the dramatic class differences to which it speaks, the way its immigrant theme resonates so deeply with American society in the Progressive era. 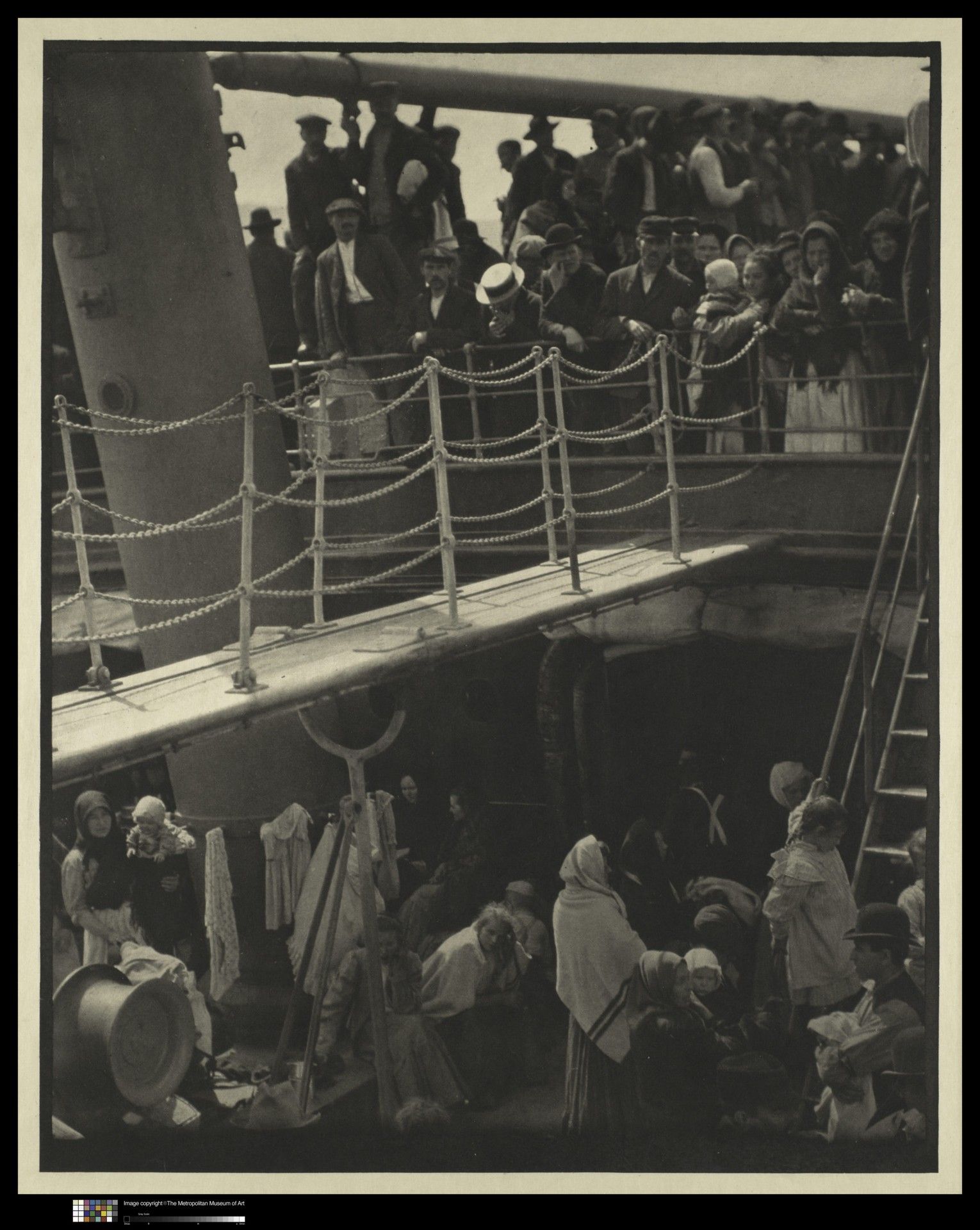 Figure 4. Alfred Stieglitz, “The Steerage,” 1907 (permission of the Metropolitan Museum of Art).

If the uncompromising realism of photographs such as “The Terminal” and the “Steerage” mark a break with the sentimentality of pictorialism, Stieglitz exploded neoclassical interpretations of the female form with other images.  Many of his now well-known nudes of O’Keefe present distinctly unromantic views of pubic hair and asymmetrical breasts.  A series of O’Keefe’s hands also are important, anticipating modernist sensibilities.  Perhaps paramount, though, in this category of Stieglitz’s prolific work, at in this stage in his life, were the pictures of a family friend, Ellen Koeniger, shot while she swam at his rural retreat at Lake George, NY. Eschewing any effort to capture a classic form, Stieglitz shot Koeniger emerging from the water in a modest Edwardian bathing costume that nonetheless clung to her body in near transparent fashion. The best image depicts only her dripping backside — almost a rebuke to the norms of the nude, then and now (see Figure 5). 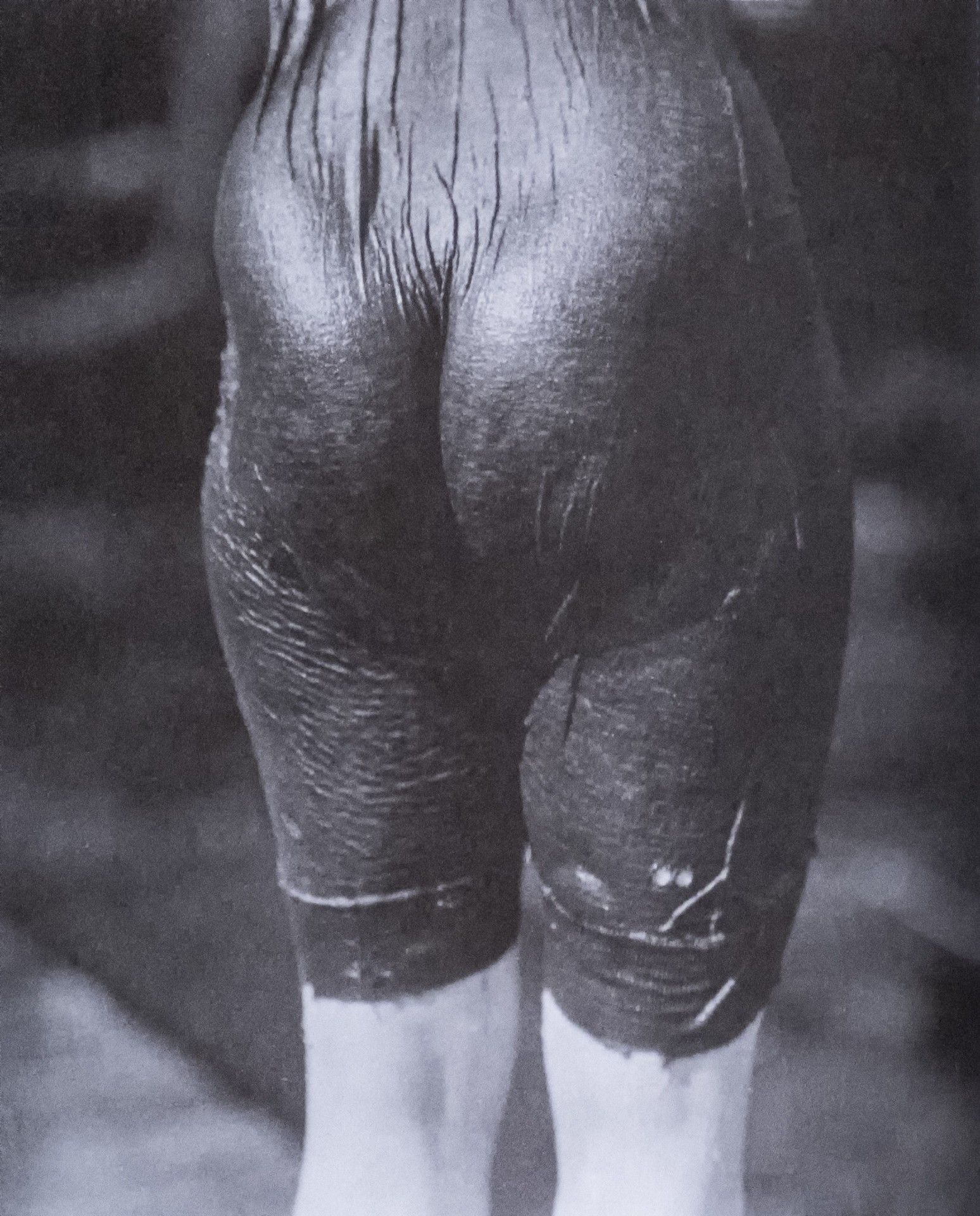 Stieglitz continued to produce photographs of extraordinary quality for three more decades.  He also remained committed to advancing the field of photography — writing, organizing showings, cultivating younger talent. Some of his more impactful work took the field in a more abstract direction —  his early 1930s cloud series, for instance — but he never strayed far from realism and even social commentary, as one of his other iconic images, “Spiritual America,” makes clear (see Figure 6).  A castrated horse, framed by the neat geometric lines of a harness, speaks to the condition of the country just as the boom times of the 1920s Jazz Age gathered momentum. 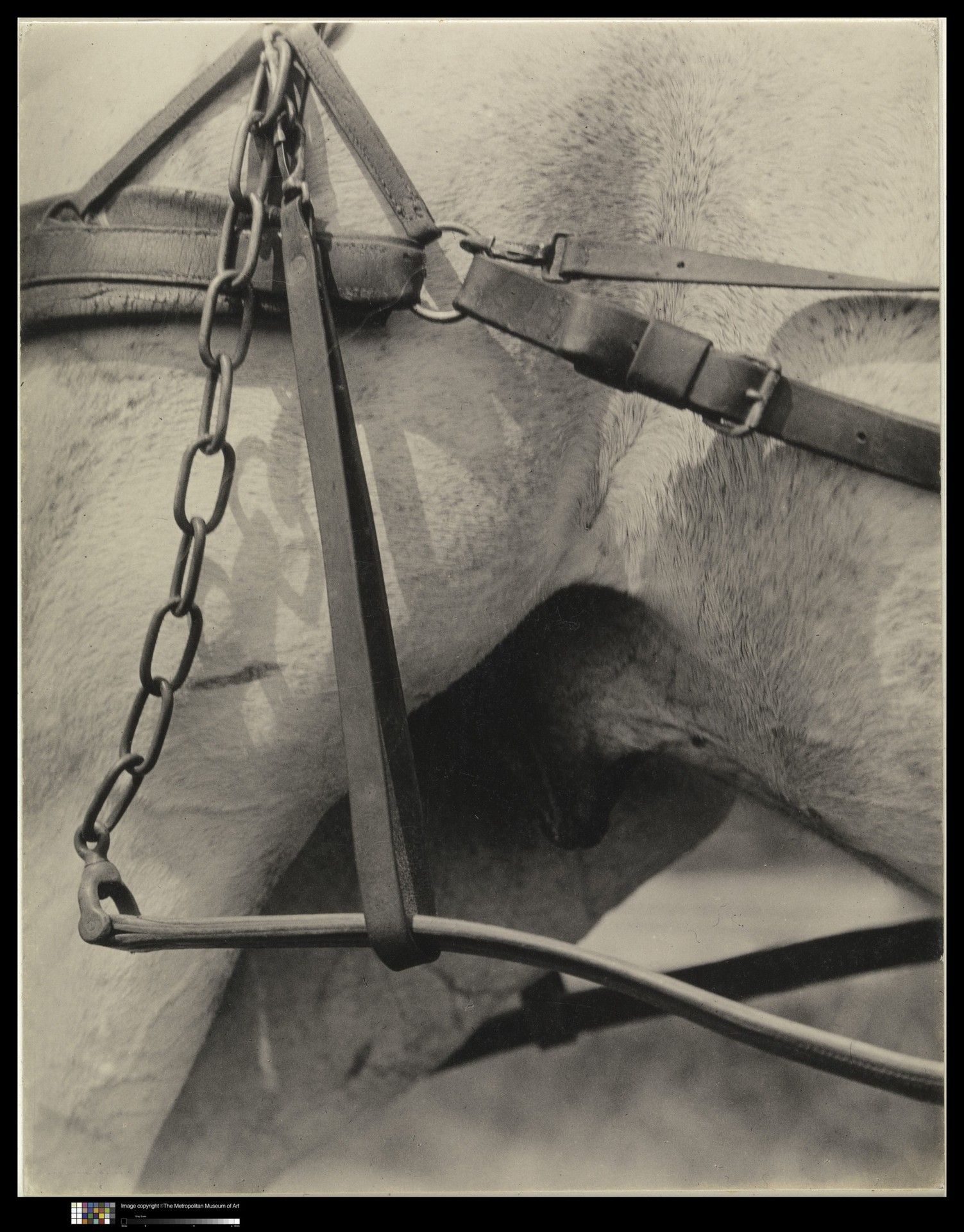 A visionary, but one who consistently produced important work and continued to evolve, Stieglitz was an iconoclast who remade photography and brought it into the modern era.  Photographers today will benefit from studying his pictures as well as his ideas.  My own practice has benefited from returning time and again to this master’s work, taking inspiration from his vision but also learning from his technical precision and devotion to ceaseless experimentation.

Rick Halpern is an historian and photographer based in Toronto.  In recent years he has been writing about the history of visual culture, especially photography, and the way it has shaped our understanding of identity and place.  His photographic practice focuses on three main themes:  urban life, travel, and food.

CJ Suitt source. Emphasis is mine. January 22, 2021 05:45 AM, ‘In the Aftermath’ of COVID-19 Chapel Hill Poet Laureate CJ Suitt talks about his inspiration