EVIL GENIUSES: YABIHTR (Yet Another Book I Have To Read)

On the cover of today’s New York Times Book Review is a review of EVIL GENIUSES: The Unmaking of America: A Recent History By Kurt Andersen that has sold me on the book.

I’m not even going to look up the word, saxophonely, because if David Perry isn’t able to answer that, may his name live on in ignominy.

Many others “… have told versions of this story before. And at first, while reading “Evil Geniuses,” that annoyed me. Until I understood what this book really is: Andersen’s retrospective on the bigger themes and trend lines and power grabs that he, and so many others, missed, even as he was writing magazine stories about the people and institutions in question. The book is an intellectual double take, a rereporting of the great neoliberal conquest, by a writer who kicks himself for missing it at the time.”

I’ll leave it to you to read the review and join me in ordering a copy from Epilogue Books. 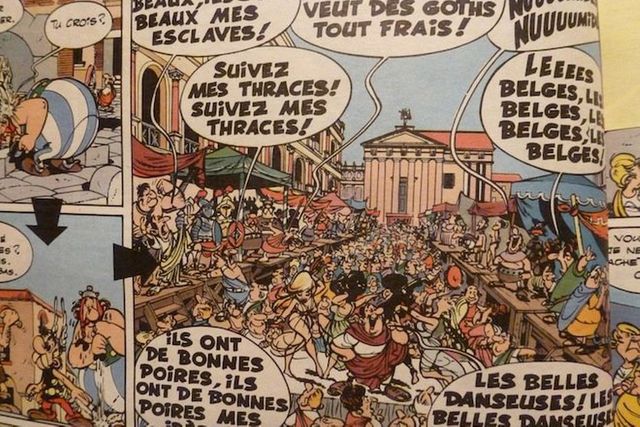 Is Astérix racist? The Pledge of Allegiance I posted this comment on FB Sept 2, 2020: I went to elementary school in the early 50s. Every Monday, all the students would gather in the yard (or
Latest posts Today is Thanksgiving 2022, aka Turkey Day. Proposed Driving Itinerary of the Cathar Region How you know when your volleyball-playing days are over Saeed Jones Why history moves in cycles Shopping lists Frédéric Bruly Bouabré « L’alphabet de l’ouest africain » American Anti-Government sentiment Proof that the Earth’s Climate is Not Changing Our Poor Kitchen The NY Times has a Telegram channel Amazon loses my smile History versus the UNC Press fire of 1990 J’ai pensé à ce passage du livre « La septième fonction du langage » de Laurent Binet Sufism in Tunisia Remembering Mark Grandy 2022-02-01 OLLI Bottleneck Comparing Gafsa and Chapel Hill Se oriente, rapaz Feeling nostalgic because of a COVID test Fun misunderstandings Our Living Contradiction Genetic Geneology PANCHO LÓPEZ Burying Google Fiber on Bartram Drive In a setback for Apple, the European Union seeks a common charger for all phones Thinking that we think independently Learning from an old brain Don’t thump this Bible Hurricane Elsa OSS sabotage manual from 1944