How Xmas Was Tamed

The following article from today’s WSJ sounds plausible to me. (Sorry for sending such a long article, but it’s behind a paywall.)

I couldn’t help wondering as I read it if Carnaval had a more violent past? If so, did turning it into “Carnaval” help tame it?

I also wonder if commercialization has or might change Carnaval? Will capitalism figure out how to make more money from it, perhaps by exchanging gifts?

The quote I liked best:

The Capitalists Who Saved Christmas

— How gift-giving rescued the holiday from riots and street gangs

Everyone seems to complain about how Christmas has been commercialized. But without the business of gift-giving that sprang up in the 19th century, Christmas might still be what it once was for many people: a riotous bacchanalia in which drunken gangs brawled in the streets and bashed their way into houses demanding money and alcohol.

With the hard work of the harvest behind them, December was downtime for Americans, as it had been for Europeans as far back as the raucous Saturnalias of ancient Rome. The Puritans were so offended by the disorder surrounding Christmas that celebrating the holiday — by feasting, “playing either at cards or at dice,” or even just taking the day off from work — was illegal in Massachusetts from 1659 to 1681. The fine was five shillings, roughly $50 in today’s money.

In England and much of Europe, “Christmas was a season of ‘misrule,’ a time when ordinary behavioral restraints could be violated with impunity,” wrote Stephen Nissenbaum, a professor emeritus of history at the University of Massachusetts, in his book “The Battle for Christmas.”

Think of paintings by Bruegel and other early Dutch and Flemish artists showing peasants carousing amid the snow and ice, or Shakespeare’s play “Twelfth Night,” in which cross-dressing characters binge on cakes and ale.

In the 16th through the early 19th centuries, according to the Oxford English Dictionary, “merry” was a synonym for “drunk.” That connotation still lingered when, in Charles Dickens’s “A Christmas Carol” (1843), two men “wished each other Merry Christmas in their can of grog.”

In the 1800s, at Christmastime in cities like Boston, New York and Philadelphia, gangs of drunk young men, dressed in outrageous disguises, marauded through the nighttime streets, often setting off firecrackers, lighting fires or shooting guns in the air.

The mobs sometimes vandalized Black churches and beat Black parishioners with sticks and ropes. Carrying pikes and swords, muskets and spears, sometimes riding donkeys or horses, they swarmed throughout the season, even on Christmas Day itself.

These gangs were called “mummers” and “fantasticals” for their flamboyant costumes or “callithumpians” for the rough music they banged out on pots, pans and other makeshift instruments. Rampaging from house to house, the mobs might smash windows, tear down fences or wrench the handles off doors if homeowners wouldn’t let them in.

Once inside, they helped themselves to food, commandeered alcohol, spit tobacco on the carpets and wiped their greasy hands on the curtains. Not even the watchmen hired by local residents could deter them.

When a bitter cold snap kept the callithumpians off the streets, the Philadelphia Press noted on Dec. 26, 1870, how quiet the city had been on Christmas Eve. So few young men had gotten drunk or been arrested, the newspaper marveled, that “a stranger passing through our city would not for a moment think that Christmas was so near at hand.”

In a different kind of home invasion, down the chimney to the rescue came Saint Nick. Santa Claus was popularized in the poem “A Visit from St. Nicholas,” probably written by the New York patrician Clement Clarke Moore in 1822 and published a year later.

“’Twas the night before Christmas” when Santa Claus arrived with the same terrifying clatter as the callithumpians. He was “all tarnish’d with ashes and soot” and “look’d like a peddler just opening his pack.”

However, Santa Claus burst into the household not to take, but to give — reassuring the poem’s narrator that “I had nothing to dread.” Santa wished the family, “ere he drove out of sight,” not an alcohol-drenched “Merry Christmas” — but a “Happy Christmas to all, and to all a good night.”

“As soon as Santa Claus entered the picture,” says Prof. Nissenbaum, “people had to go shopping.” Santa Claus was part of a broader movement to domesticate the holiday by creating a warm, comforting family event centered on giving gifts to children. Mayors, merchants and the middle class all wanted to get the violent Christmastime gangs off the streets.

“There’s a general taming of the holiday that goes on throughout the 19th century,” says Penne Restad, author of “Christmas in America” and a retired historian at the University of Texas, Austin. The mass marketing of Christmas gifts, she says, was “a way of creating boundaries.”

As the holiday became about giving gifts to family and friends, rather than about seizing food and drink from strangers, the seasonal street gangs faded away. The rise of department stores in the mid-19th century enabled even the poor to become consumers by giving — and receiving — gifts.

Newspapers, eager to attract advertising, rhapsodized about the virtues of Christmas giving.

“Who is there, who is not ground into the very dust by biting poverty, that would hesitate, at this hallowed season, to bestow a souvenir?” asked the New York Morning Herald in 1839. As department stores began keeping holiday evening hours, the streets had to be kept safe for a new kind of mob: Christmas shoppers.

As memories of Christmastime gang violence faded, many people turned indignant about the commercialization of the holiday.

In 1912, J.P. Morgan’s daughter Anne co-founded the Society for the Prevention of Useless Giving, whose members were known as Spugs. The group, which at one point included President Theodore Roosevelt, sought to “eliminate…the custom of giving indiscriminately at Christmas” and to foster “unselfish and independent thought, good-will, and sympathetic understanding.”

In 1928, the poet Edna St. Vincent Millay published a sonnet, “To Jesus on His Birthday,” that began:

Such complaints continue today. Capitalism can rub people the wrong way by seeming to turn everything — even the most spiritual holidays — into a transaction. But the commercial takeover of Christmas was a large part of what rescued it from anarchy and made the holiday safe to celebrate. 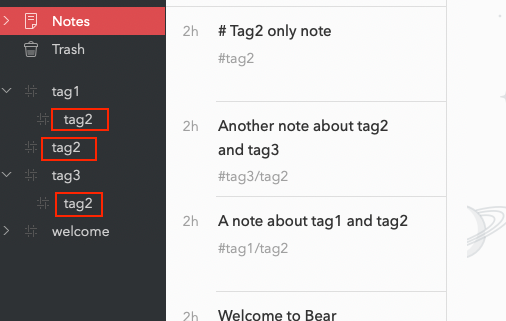